Nick has been an active artist for 25 years. He began as a carver and this has influenced his Ta Moko and Tattoo work, all of which in recent years has collectively impacted on his painting and printmaking.

He is bound to his Maori cultural and applies this to all that he does, including working in the conservation and preservation of Maori cultural collections and heritage. 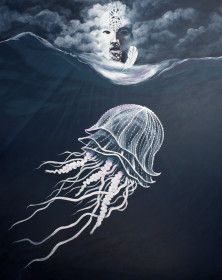 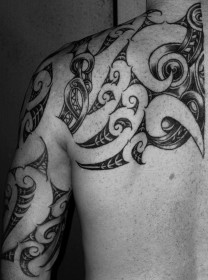 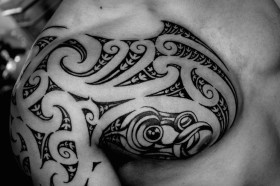 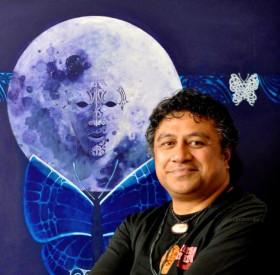 Bailey embarked on a journey of discovery in his thirties learning both his Maori language and culture. This involved returning to the various Marae of both his parents and his study at Auckland University where he learnt traditional material working techniques, this learning set him on the path to working full time as a sculptor which he has done since 2004 with much success both nationally and internationally.

Born 1965 New Zealand sculptor Chris Bailey is of both Maori and Irish descent with ties to the iwi of Ngati Hako, Ngati Paoa,Te Aupouri and Ngati Porou. 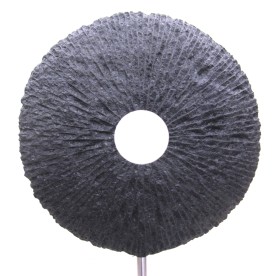 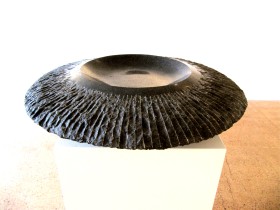 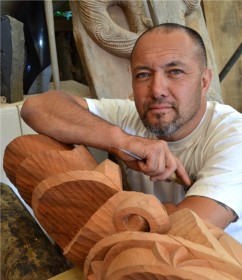 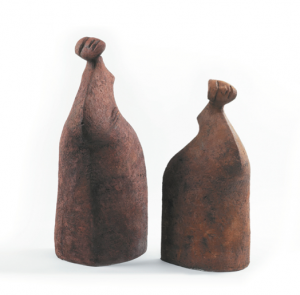 Carin Wilson has been designing and making furniture and interiors at Studio Pasifika in Auckland for over 20 years. A regular exhibitor, his work has been recognized with several grants and awards and is held in public and private collections in five countries. He has an Honorary Diploma in Art & Design and has assisted in the design and the implementation of several tertiary art education programmes. 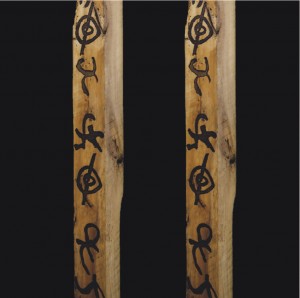